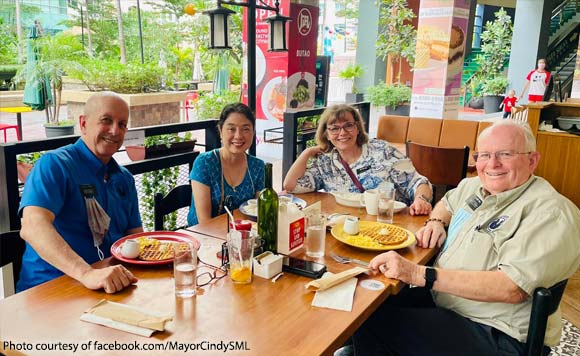 A religious group had offered to sponsor a water system project in Santa Maria, and left it up to Mayor Cindy Carolino to decide if this would still be implemented in case she does not win reelection.

Carolino did not think twice about urging the group, the Latter Day Saints Elders, to continue with the endeavor regardless of the outcome of the polls.

In a Facebook post, Carolino said the project is for the benefit of the people, and she would love to see her constituents enjoying it even if she would lose.

The group told the mayor it just wanted to pursue the project because of her, but she requested that the election results be kept out of the matter.

She would not want to deprive people of a better water system in case of her defeat, she said.

In any case, Carolino won reelection, so the project will definitely be a go!

Elders: Do u want d water project to pursue in case you dont win?

Elders: We really love you and just want it to pursue because of you.

Me: Oh let’s keep d result of d election all to myself, d majority of our people specially d next generation has nothing to do with it and i dont want to deprive them simply bcoz of my personal defeat (in case that is).

Elders: u are awesome.

And d rest of d conversation was more Nosebleed