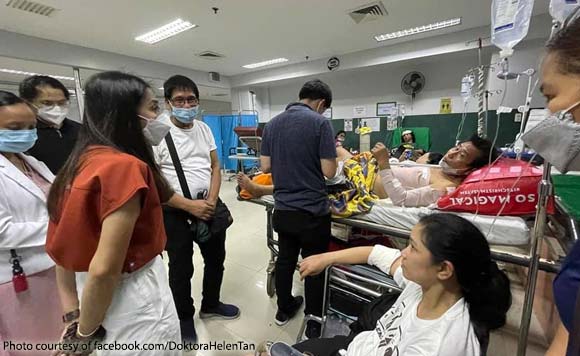 Quezon Rep. and incoming Governor Helen Tan visited the victims of the fire that struck fast craft Mercraft 2 off Real early on Monday.

Tan, a doctor, came to see eight of the rescued passengers who were taken to the East Avenue Medical Center.

One of them was a 7-month old baby.

Tan said she was saddened to hear from the survivors that there had been lapses in the implementation of safety protocols, particularly the wearing of life vests, aboard the vessels.

But she thanked the doctors of East Avenue for responding to her call for help quickly.

A total of seven people died in the incident, while over a hundred were rescued.

Politiko would love to hear your views on this...
Post Views: 9
Tags: Helen Tan, Mercraft 2, Quezon