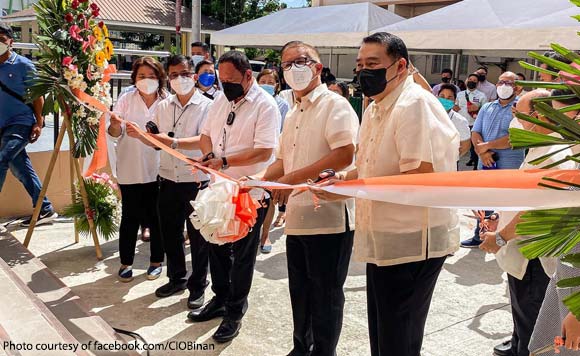 The Polytechnic University of the Philippines in Biñan has a new four-storey building that students and staff could enjoy.

Biñan Mayor Arman Dimaguila, Vice Mayor Gel Alonte and members of the city council joined PUP officials during the inauguration of the new facility on Monday.

The building would be opened for use during the 2022 to 2023 school year, according to the Biñan City information office.

It was a project of Dimaguila, Vice Mayor Alonte, and Biñan Rep. Len Alonte, it said.

“The said campus is one of the priority projects of the Big Three which will open this Academic Year 2022-2023,” it said on Facebook.

Politiko would love to hear your views on this...
Post Views: 13
Tags: Biñan, Polytechnic University of the Philippines, PUP building