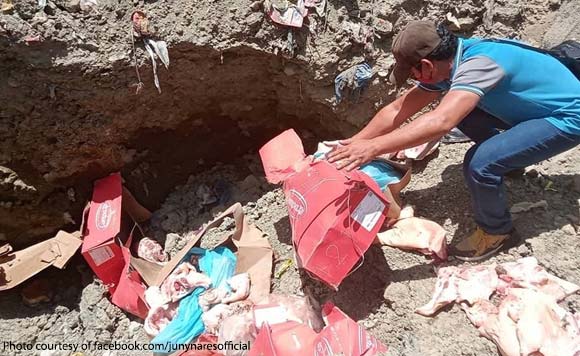 The Antipolo City government has seized 233.6 kilos of frozen meat that were not covered by the proper inspection certificates.

The lack of certificates was discovered during a post abattoir meat inspection, and the meat was seized on the spot, according to Antipolo Mayor Andrea Ynares.

The mishandled meat was also condemned, meaning these were declared not fit for human consumption, she said.

She said the city government would be vigilant in ensuring the safety of items sold in Antipolo.