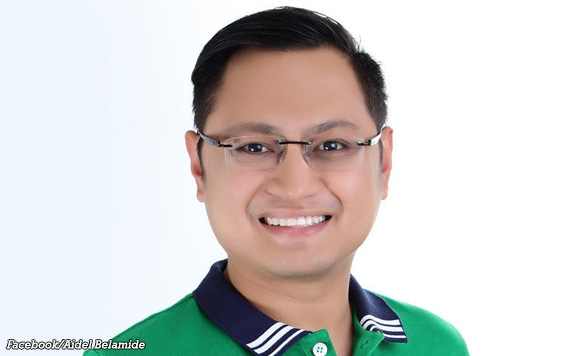 Belamide, who has been elected Cavite Board Member, said he started off hardly knowing anyone in GMA.

But he felt fortunate to have met loyal supporters, including Jhoycelyn Agapor Decena.

In a Facebook post, he recalled that Decena was introduced to him by friends, and he asked their assistance for his campaign.

In return, all they requested of him was not to forget them when he has won, and he promised to do so.

He said and Decena went through a lot during the election, and he credits his victory to her and other supporters.

Decena even gave him a gift after the campaign ended, when he should be the one thanking her, he said.

She visited him at home and brought him pillows. She also gave him and his mother touching letters.

He was grateful for her love for him and his family, he said.

He would not forget her generosity, and will always remember his promise to her, he added.