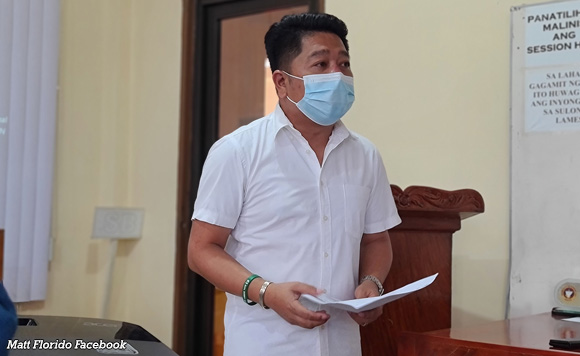 General Luna Mayor Matt Florido has given his thoughts on the proposed postponement of the barangay elections this year.

Several incoming members of the House of Representatives have broached the idea of deferring the polls in order to save money.

Florido said this could be either good or bad, depending on the kind of barangay official in an area.

If the barangay official is decent, competent, and a good person, then it would be good to defer the polls.

But if the sitting official is arrogant, corrupt, lazy, a trouble-maker and acts like a king, then postponing the elections would be be bad, he said.

Politiko would love to hear your views on this...
Post Views: 18
Tags: barangay elections, Matt Florido