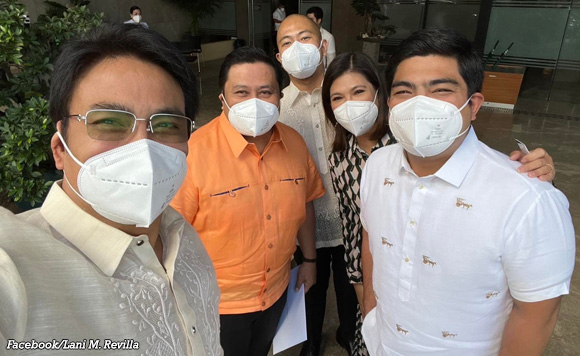 Amid the glow of poll victories, Bacoor Mayor Lani Mercado hopes for the mending of frayed family ties.

In a Facebook post, Mercado expressed her happiness over the hug that Senators-elect Jinggoy Estrada and JV Ejercito shared when they were officially proclaimed winners in the recently concluded elections.

She said she was sure that their father, former President Joseph Estrada, was happy that the half-brothers have made it back to the Senate.

She hoped that the brothers would make up and would work together during the Marcos administration.

Estrada and Ejercito have been feuding for years.

Is it all good between them now?

Politiko would love to hear your views on this...
Post Views: 48
Tags: Estrada, Mayor Lani Mercado