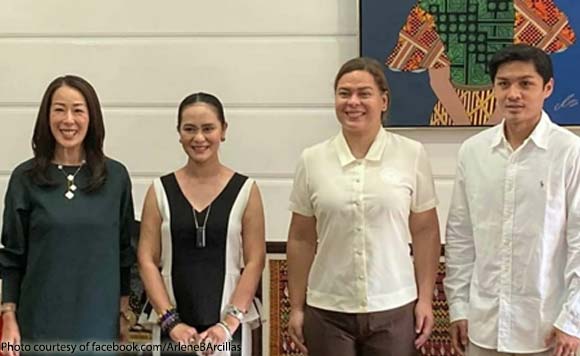 It looks like these two Laguna officials prefer to have their oaths administered by a fellow woman official.

In a Facebook post, Arcillas said she, Alonte, and incoming San Pedro Mayor Art Mercado met with Duterte so that she could swear them into office.

“A week after being proclaimed as the winner in the last May 9 Mayoralty elections ( City of Santa Rosa ), it’s a privilege & honor to take my oath with incumbent City Mayor of Davao & Presumptive VICE PRESIDENT INDAY SARA DUTERTE,” Arcillas said on Facebook.

She thanked Duterte for the opportunity.