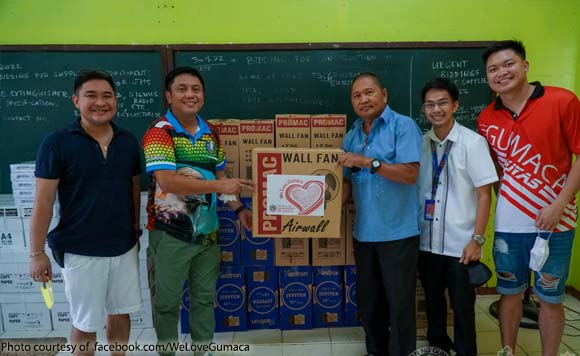 Public school students in Gumaca won’t have to sweat when they return to the classroom.

Gumaca Mayor Webster Letargo and several other officials distributed wall fans to the Gumaca National High School ahead of the resumption of in-person classes.

These are intended to make the students feel comfortable in the room so that they could concentrate on their lessons, according to the Gumanca local government.

The electric fans were procured using the Special Education Fund provided for in the supplemental budget of the Municipal School Board.

The Gumaca National High School thanked the local officials for the items.