Doc ulit! Pagsanjan Mayor Peter Trinidad to return to being a veterinarian when term ends 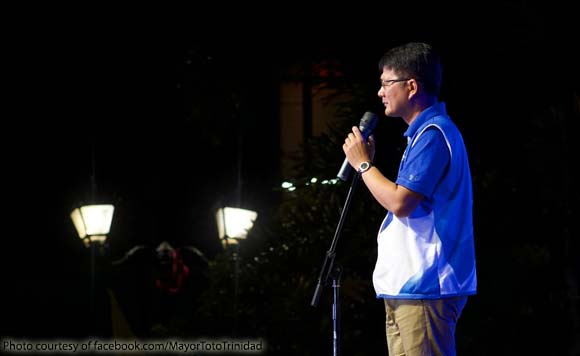 When Pagsanjan Mayor Peter Trinidad’s term ends on June 30, a new job opportunity is already waiting for him.

Trinidad, who is a veterinarian, has received an offer from his former employer to return to being a doctor.

He shared a screenshot of the message on Facebook.

But he said he plans to continue serving the town in his remaining weeks in office.

When his term ends, he will go back to being a doctor, he said.

HIs experience also teaches a lesson, he said.

Some doors may close, but other opportunities will come up, he said.

“Lagi natin tatandaan: When God closes a door, He is not shutting doors to keep you from a thing but to keep you for a thing. God is preparing you for greater things. He closes door so that He may open a better on. Without His closed doors, you will never appreciate His open doors,” he said.

Politiko would love to hear your views on this...
Post Views: 20
Tags: Pagsanjan, Peter Trinidad, veterinarian