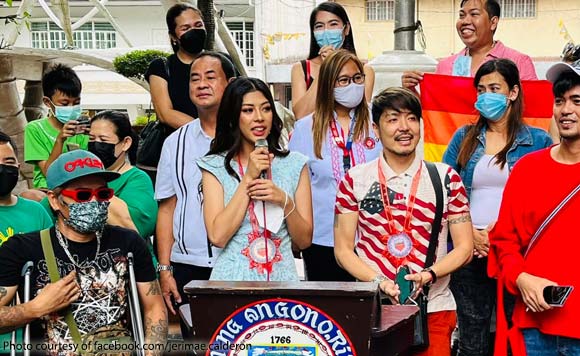 Angono Mayor Jeri Mae Calderon is very thankful to comedienne and Bb. Pilipinas contestant Herlene Budol and her manager for paving the way for the construction of a facility for people with autism in the town.

Budol, who is known in showbiz as Hipon girl, is representing Angono in the beauty pageant and has the full support of the local government.

Autism is also one of her advocacies.

In a Facebook post, Calderon shared a text message she received from Budol informing her that she has found a sponsor for the construction of the headquarters for the autism community.

The sponsor is Wilbert Tolentino, who is also Budol’s manager and handler.

She said that once the building is constructed, the Angono local government would shoulder the expenses for the specialists that would be in charge of therapy and evaluation.

She thanked Tolentino for his generosity.