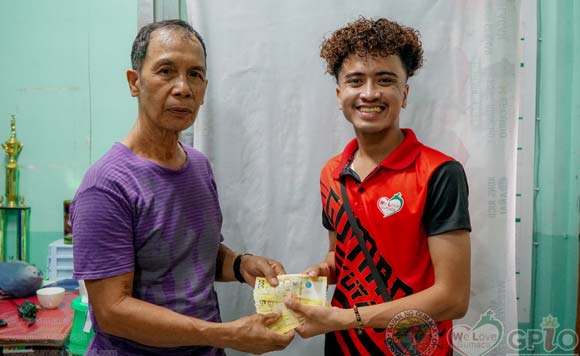 An employee of the local government of Gumaca has earned praise for his honesty, which ensured that a veteran got to receive his pension.

The Gumaca LGU lauded Jericho Mabait Pacheco, a photographer of the Gumaca Public Information Office, for returning the P5,000 he found at an ATM.

In a Facebook post, the LGU said Pacheco was planning to withdraw money from the machine when it suddenly beeped and dispensed cash amounting to P5,000.

Since nobody else was around and he had to carry out his duties, he decided to report his discovery of the cash to Mayor Webster Letargo, who was then attending the events for the feast of San Isidro Labrador.

While Pacheo was talking with the mayor, a woman approached them to relay the problem of her uncle, retired 2nd Lt Manuel Beguillo, who failed to withdraw his pension from the ATM.

It turned out that the money Pacheco found belonged to Beguillo, and it was soon returned to him.

Beguillo had failed to get the money because he thought the machine did not process his withdrawal, and he left before it could dispense the cash.

He tried to get his money from the bank, only to find out that the money had been debited from his account.

The veteran was worried as the money was supposed to pay for his needs, and he was very grateful when he got his pension.

The Gumaca LGU praised Pacheco for his honesty and for not being tempted to take the money for himself even though he does not earn much.

Pacheco, with his principles and dignity, serves as a good role model for the workers of the town, it said.