May 10 takes on a new meaning for Sta. Rosa Mayor Arlene Arcillas 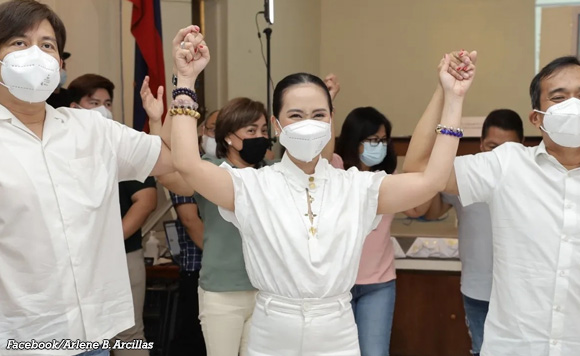 Sta. Rosa Mayor Arlene Arcillas was elected to another term and proclaimed as winner on May 10 along with her brother Arnold, who will be the city’s next vice mayor.

This puts the date in a new light, she said.

In a Facebook post, the mayor recalled that her father Leon Arcillas was killed in an ambush on May 10, 2005.

It was a sad time for the family and for Sta. Rosa City.

But now she also has a happy memory for May 10 because she and her brother were proclaimed winners on this date, she said.

On this date, they can commemorate their father’s death anniversary while also having something to smile about.

She and her brother will continue to provide the Arcillas brand of public service to the people of the city, she said.

Politiko would love to hear your views on this...
Post Views: 8