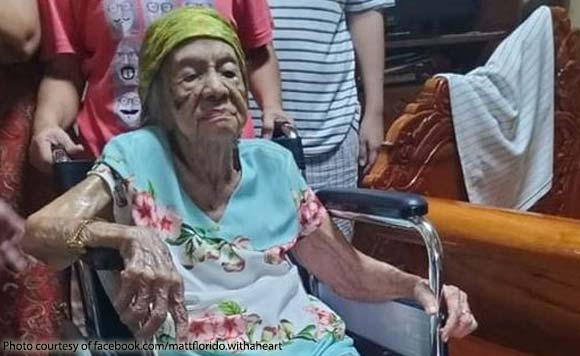 General Luna Mayor Matt Florido has been reelected for another term, and one of the people he has to thank is a 99 year old voter.

Florido learned about Lola Vicenta from her grandchild who sent him a message about her grandmother.

Lola Vincenta’s support for him is heartwarming, he said.

Age didn’t stop her from doing her civic duty!

She might be the oldest voter who casted vote in this 2022 National and Local Elections. She is Lola Vicenta Rios Salvo, 99 years old from General Luna, Quezon.

Politiko would love to hear your views on this...
Post Views: 12
Tags: General Luna, supporter