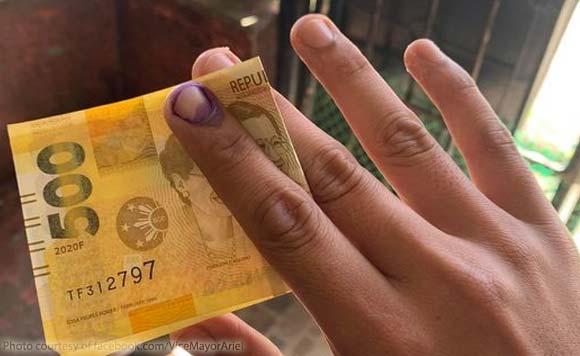 Majayjay Vice Mayor Ariel Argañosa has appealed to his supporters not to be enticed by offers of money in exchange for not casting their vote.

In a Facebook post, Argañosa said he has received several messages and photos informing him about voters being handed food with money tucked underneath it.

He said the voters in line were told that if they intend to vote for Argañosa, they could get P500 if they would just head home instead of filling out their ballot. Their fingers would also be marked with indelible ink.

He also said his allies and supporters have taken action to address this ploy.

He shared the information on Facebook to serve as a reminder to voters and he has not named any suspects, he said.

Politiko would love to hear your views on this...
Post Views: 6
Tags: Ariel Argañosa, Majayjay, supporters