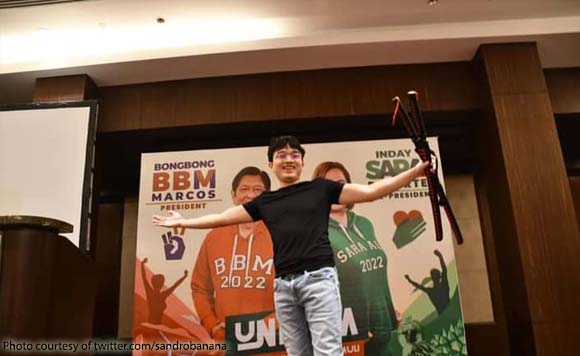 A supporter of Dasmariñas Councilor Kiko Barzaga has praised and defended him for standing by his parents even though they are backing different presidential candidates.

Twitter user @sandorbanana_ said kakampinks criticized Kiko for climbing on stage to campaign for Marcos during his father’s event, but she said Kiko never forgot the value of family despite their different stand on issues.

She said it is Lorenzo Leviste, son of Loren Legarda, who is disrespectful for publicly expressing his disgust with his mother for supporting Marcos.

She said she decided to praise Kiko to show the difference between Marcos supporters and Robredo supporters.

Kiko is vocal in supporting Marcos and in criticizing Robredo and her supporters. He has shared fake news about Robredo on Facebook that was flagged as false information by the social media site.