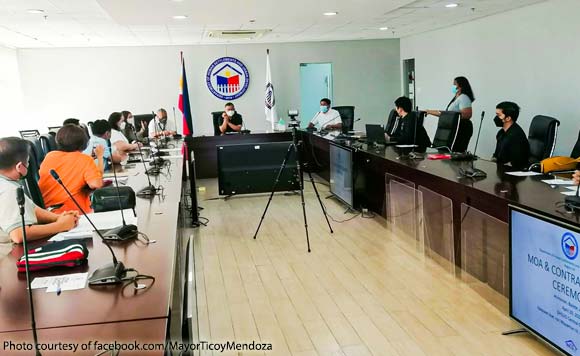 The local government of Atimonan has signed a memorandum of agreement with the Department of Human Settlements and Urban Development for the construction of a permanent evacuation center/ multi-purpose covered court in the town.

The new facility would cost P40 million and would be built in Barangay Sokol.

It is intended to help the town be better prepared for calamities and emergencies, according to the Atimonan local government.