Ate Vi meets VP over a cup of coffee 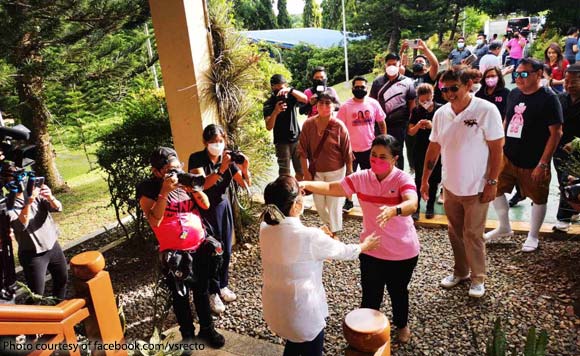 Batangas Rep. Vilma Santos did not pass up the opportunity to meet Vice President Leni Robredo when the latter campaigned in Batangas for her presidential bid.

Santos and Robredo shared a warm hug followed by a strong cup of coffee during their meting, according to Santos’ Facebook page.

Recto said Batangas is open to any candidate who would like to seek its support.

Politics should not affect the respect and friendship between them, he said.

The couple also praised Robredo and her running mate Kiko Pangilinan for having a great and inspiring campaign, and wished them luck in the coming days.

It’s all good between Ate VI and the VP!

The Recto couple praised Leni-Kiko for waging ‘a great and inspiring campaign’ and wished them good luck in the days ahead,” Santos’ page posted.