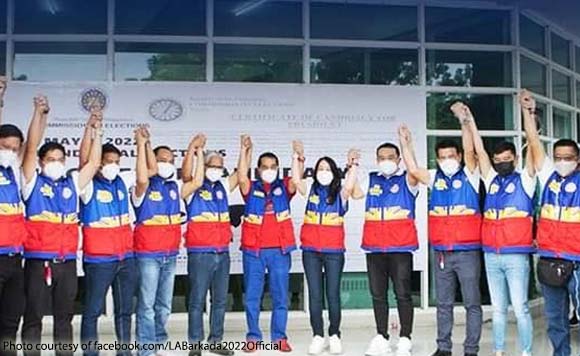 Biñan Councilor Jedi Alatiit hasthanked the Polytechnic University of the Philippines community in Biñan for showing support for his team.

Alatit’s Labarkada swept the mock elections held by PUP-Biñan, the results of which he shared on Facebook.

Vice Mayor Gel Alonte got 94.85 percent of the PUP votes.

Alatiit himself was the top vote getter among the candidates for councilor, with 7.87 percent.