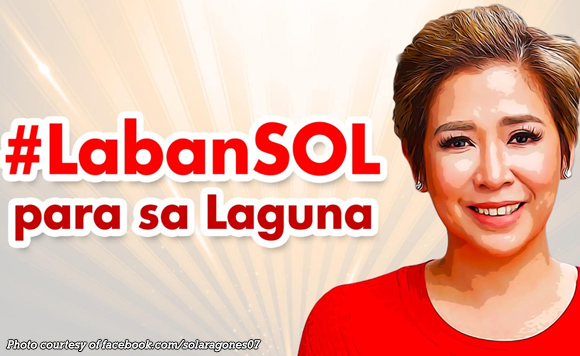 The camp of Laguna Rep. and gubernatorial candidate Sol Aragones has clarified that her grand rally set for this evening in San Pablo City would push through.

It has not been cancelled, contrary to some circulating claims, it said.

The rally will begin at 6 p.m. along Barleta Street.

Politiko would love to hear your views on this...
Post Views: 49
Tags: Gov. Sol Aragones, Laguna