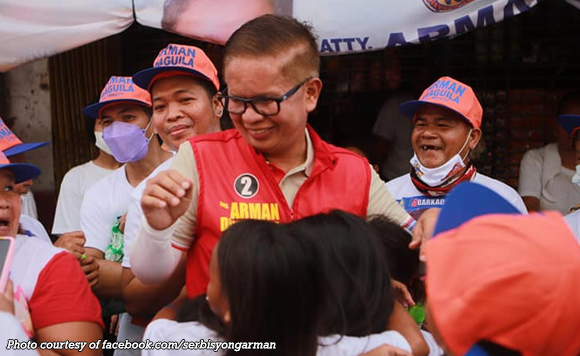 Police in Biñan have nabbed several persons who were going after the supporters of Mayor Arman Dimaguila.

Dimaguila said his campaign leaders were harassed by “goons” who went to their homes to threaten them.

This tactic was nothing new and was also deployed against his campaign in 2016, he said.

He expressed dismay that this was still happening in this year’s elections.

He asked his supporters to call him if they are harassed and said he would protect them.

He would work to ensure that the polls would be peaceful and orderly, he added.

Politiko would love to hear your views on this...
Post Views: 24
Tags: Biñan, Mayor Arman Dimaguila