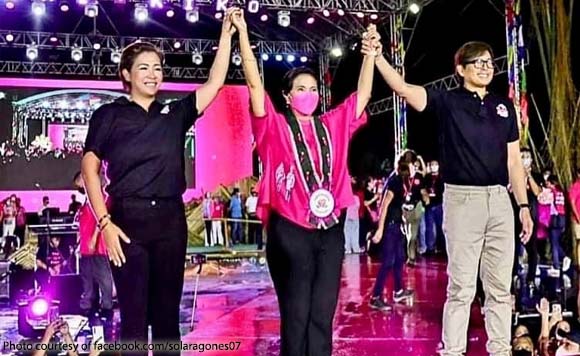 Vice President Leni Robredo lost in Laguna during the 2016 elections, but several politicians from the province have declared their support for her presidential bid.

In her message during the event, Aragones said she and Robredo both faced a lot of hardships in life, but they forged on.

She said she will always be there for Robredo, who she describes as her friend.

Her prayer is that they both win their battle on May 9, she said.

For her caption, she used the lyrics of the song “Rosas,” which has been a staple in Robredo’s campaign events.