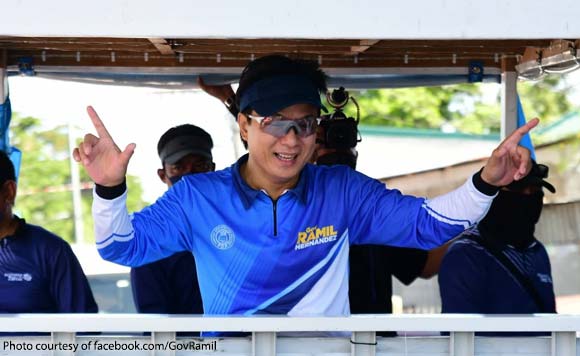 Laguna Gov. Ramil Hernandez has denied that he backed out of a debate with his rivals for the gubernatorial post.

Hernandez said that from the start, he declined the invitation of the University of the Philippines-Los Baños to the debate because it conflicted with his campaign schedule.

He said he had already secured permits from three towns for his April 27 motorcade.

His activities usually last from morning to night because he visits all barangays, he said.

His rival, Sol Aragones, was the lone contender who attended the UPLB event.

Hernandez also said he is open to facing the people and would answer any question they have for him.

Politiko would love to hear your views on this...
Post Views: 24
Tags: Laguna, Ramil Hernandez, UPLB