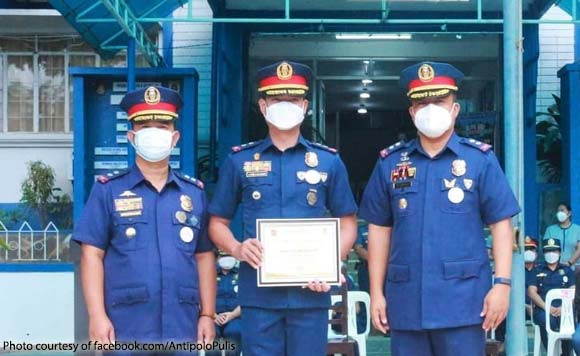 The Antipolo City police station has received commendation for its performance during the recent seven-day Simultaneous Anti-Criminality Law Enforcement Operation.

It was the top 1 police station for city/class A municipalities, according to the National Capital Region Police Office.

It had the highest number of accomplishments and had an average score of 92.39 percent during the event.