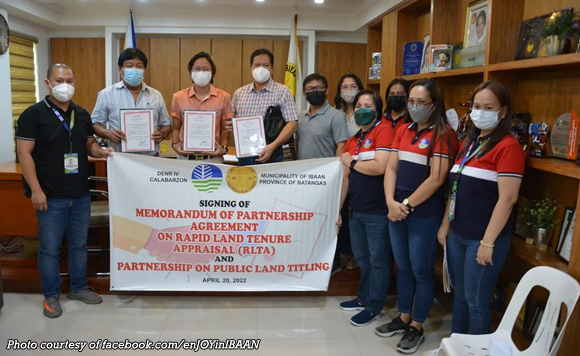 The local government of Ibaan now has proof that it owns the land where the municipal hall and the town’s parks are located.

The Department of Environment and Natural Resources recently turned over the special patents for these to the Municipality of Ibaan, according to Mayor Joy Salvame.

The special patents are titles given to government agencies to formalize their ownership of the land.

Salvame thanked the DENR for these.

She said it was important to have these titles for the infrastructure owned by the Ibaan local government as it underscores its participation in the legitimate processes of the government.

Politiko would love to hear your views on this...
Post Views: 6
Tags: Ibaan LGU