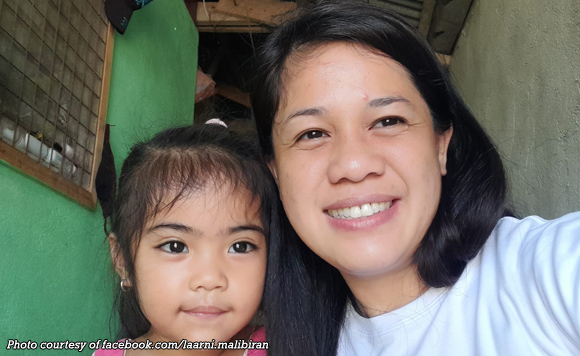 This little girl is too young to be a voter, but Sta. Cruz Vice Mayor Laarni Malibiran was nevertheless very happy to meet the cute tyke.

In a Facebook post, Malibiran shared her encounter with the young girl named Wela who she met while going house to house.

She said that when Wela saw her cellphone, she immediately asked for a photo with the vice mayor.

After Malibiran ate cup noodles, the girl took her container and threw it in the trash can.

Wela took away all of her tiredness, she said.

What a charming encounter!