160 Batangas residents to fly to Korea for seasonal farm work 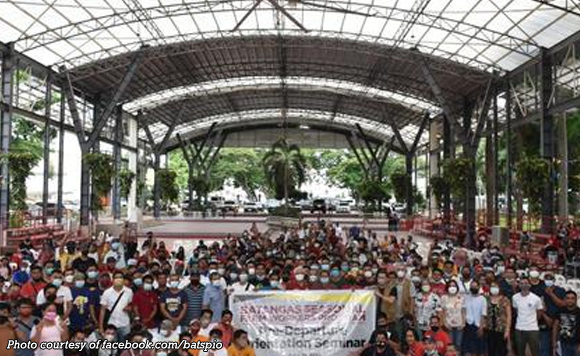 A total of 160 residents of Batangas are set to fly to South Korea to work as seasonal farm workers, according to the Batangas provincial government.

The residents would work ChunCheon City.

The deployment of workers to South Korea is covered by an agreement between Batangas Gov. Dodo Mandanas and ChunCheon City, the Batangas public information office said on Facebook.

The workers recently underwent a pre-depature orientation seminar to prepare them for their journey.

Mandanas said this job would help them improve their lives.

This is the fifth time that the province would send residents for seasonal farm work in South Korea, the Batangas PIO said.

The initiative began in 2018, but was halted for two years during the pandemic.

The farm workers in South Korea would get a monthly salary and would also get to learn about new and effective agriculture techniques that they could practice when they return to the Philippines, it said.

Politiko would love to hear your views on this...
Post Views: 33
Tags: 160 Batangas, Korea