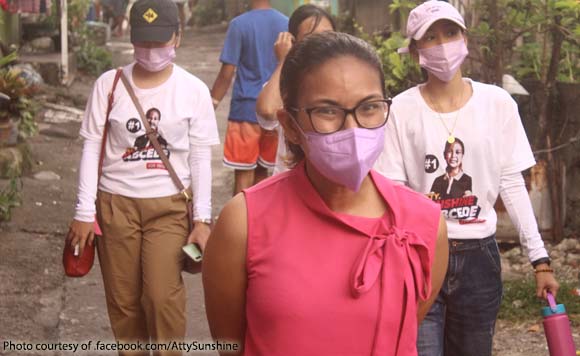 Lucena Councilor Sunshine Abcede, who is running for mayor, has starred in her own comic book to share her story with the city’s voters.

In a Facebook post, Abcede shared the copy of her e-comics that tell the story of her life.

It narrates her participation in the 1986 People Power revolution as a young girl with her father, who fought against the Marcos dictatorship.

The comic book also lists her accomplishments, including getting an economics degree, becoming a lawyer, and becoming a public school teacher before practicing law.

It talks about her advocacies as well.

Lucena residents can read all about her now!