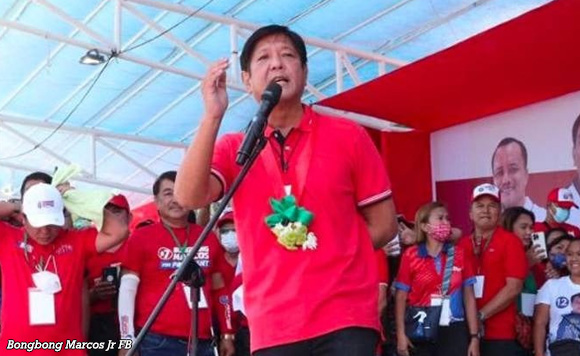 Hernandez made the endorsement during a campaign rally at the Biñan Football Field in Laguna on Thursday night.

PDP-Laban is the political party of President Rodrigo Duterte.

Before the Biñan city rally, Duterte led the UniTeam in offering a thanksgiving mass near the JAM Compound in San Pedro City, Laguna.

Duterte also held a caucus with local and community leaders.