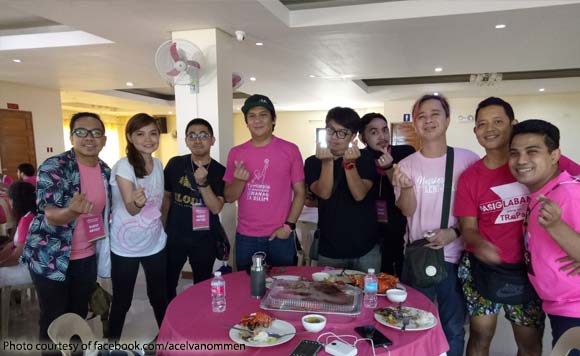 Infanta Vice Mayor LA Ruanto recently got to meet kakampink musicians, and he could not help but sing the praises of singer Acel Bisa Van Ommen, former lead vocalist of Moonstar 88.

In a Facebook post, he quipped that he and his friends really “lob” Acel and would now call themselves Lobsters for Acel.

He said she does not seem to age and her voice has remained the same through the years.