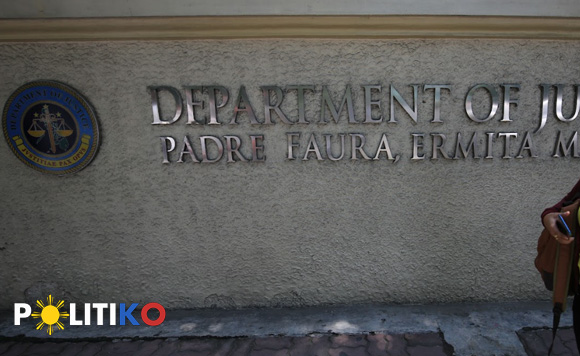 The National Union of People’s Lawyers (NUPL) on Wednesday (April 20) asked the Department of Justice (DOJ) to file murder charges against the 17 policemen involved in killing of Ariel Evangelista and his wife Ana Mariz Evangeslita during the so-called March 7, 2021 “bloody Sunday operations in CALABARZON.

“Wherefore, it is respectfully prayed of the Honorable Office that after due proceedings, probable cause be found to hold all the herein respondents Criminally liable for the double murder of Ana Mariz ‘Chai’L. Evangelista and Ariel Evangelista in violation of Article 248 of the Revised Penal Code,” reads NUPL’s memorandum filed before a panel of prosecutors at the Department of Justice (DOJ).

The NUPL is the legal counsel of the family of the victims in the preliminary investigation being conducted by the DOJ panel of prosecutors on the complaint filed by the National Bureau of Investigation (NBI) and the family.

The group stated that “respondents’ fantastic claim that the victims were hardened criminal members of gun-running and gun-for-hire syndicate and also members of the communist-terrorist group or the NPA, does not give them the license and justification to murder and extra-judicially kill the victims.”

“Chai and Ariel did not own or carry firearms during the incident or at anytime for that matter. The machine pistols allegedly held and used by the victims in firing at the operatives were never recovered. Moreover, the hand grenades allegedly recovered were non-lethal and unserviceable for lack of detonator and explosive fillers,” the NUPL said.

The NUPL also pointed out that the respondents “greatly outnumbered the victims” and “carried their own individual 9mm short service firearms and 5.56 Galil ACE 22 long service firearms.”

The group also cited that the autopsy reports on the victims who were killed in their residence in Nasugbu, Batangas, reveal that “the shooter was standing and at close range, while the spouses were sitting.”

The NUPL also called as “unreliable and unworthy” the ballistics report of the Cavite Provincial Forensic Unit (PFU) since it was done 11 months after the crime; two fired cartridges cases were examined even though nine fired cartridges and three fired bullets were recovered; and some pistols examined were issued only after March 7, 2021.