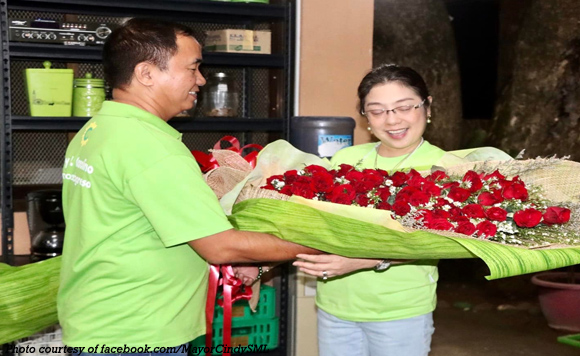 Sta. Maria Cindy Carolino and her husband Tony were too busy with work to prepare a celebration for their 20th wedding anniversary, but he still made sure to give her a special surprise.

On Facebook, the mayor shared that her husband presented her with a huge bouquet of red roses when she got home close to midnight after attending a caucus.

She thanked him for the sweet gesture.

It was not necessary, but she appreciated his effort, which will give her beautiful memories, she said.

The flowers were a nice touch, but his love, respect, and fidelity are more than enough for her, she added.

She’s excited for the next 20 years!

Thank You! D naman kailangan pero na appreciate ko ang effort at another memory in d bag ulit ito. Praying for our next 20