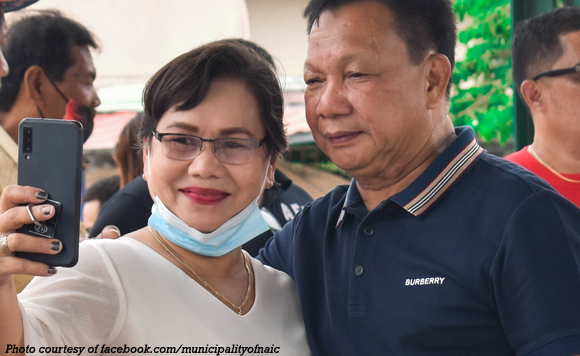 Naic Mayor Junio Dualan was more than happy to officiate the wedding of 24 couples in his town.

The Kasalanag Bayan was held at the Villa Adelaida Covered Court in Barangay Halang.

Dualan said the pandemic is no hindrance to the event, as he recognizes the importance of marriage.

He also said the wedding is just the beginning, and the beauty of the couples’ union will be seen during their years together and when they form a family.