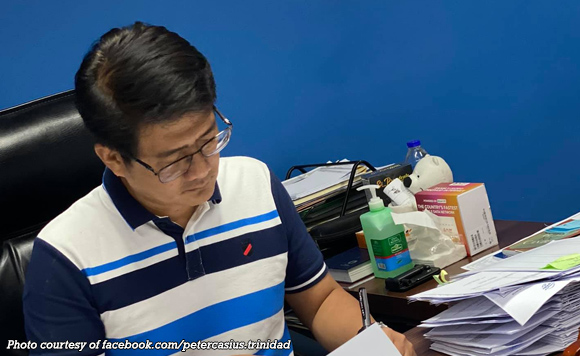 Pagsanjan Mayor Peter Trinidad is thankful for his supporters who help counter black propaganda against him.

In a Facebook post, Trinidad shared a message from one of his supporters who promised to come to his defense as the mayor is busy with work.

He expressed gratitude for the effort and assured the people of Pagsanjan that he can proudly say that he never stole from public coffers.

He is happy with the simple life he and his family enjoy, he said.

He is able to provide for their needs using his own money, he added.

While he may not be wealthy, he is rich in terms of love and support from the people, he said.

For him, this is enough!

Politiko would love to hear your views on this...
Post Views: 2
Tags: Mayor Peter Trinidad, Pagsanjan