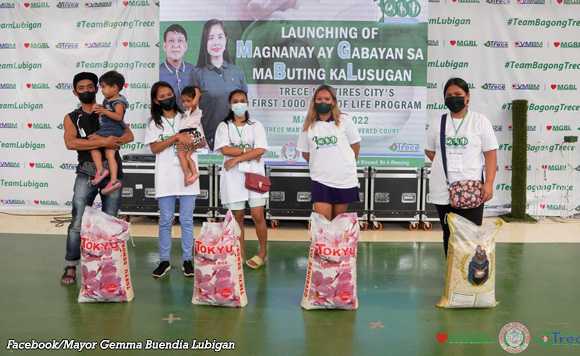 The local government of Trece Martires has shown its commitment to taking care of mommies and babies in the first 1,000 days of life.

It has launched the Magnanay ay Gabayan sa maButing kaLusugan to provide proper care for expectant mothers and newborn babies, according to Mayor Gemma Lubigan.

The City Health Office screened pregnant women in their first trimester and included them in the F1K program.

They would then be given medical care even after they give birth, until their child turns two years old.

The child would receive care as well.