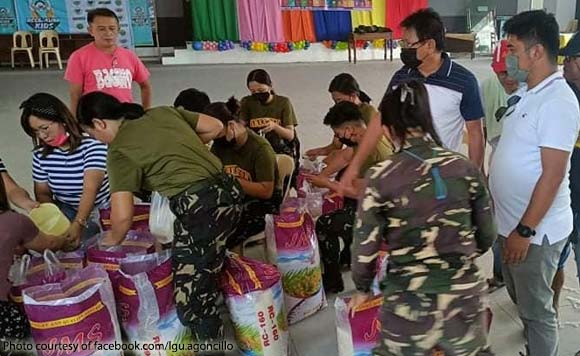 The Agoncillo government has shown its appreciation to all who came to its aid after the Taal Volcano’s most recent eruption.

In its Facebook page, the Agoncillo local government said it warms the heart that various personalities and organizations were quick to send help after its residents were ordered evacuated.

Some of them even ferried residents to the evacuation centers, it noted.

More than 1,000 families or close to 3,500 individuals from Agoncillo were brought to evacuation centers or are staying with relatives because of the explosion.

Among those who provided assistance were the Police Provincial office, ROTC reservists, rescuers and volunteers from nearby towns, and the Philippine Red Cross.