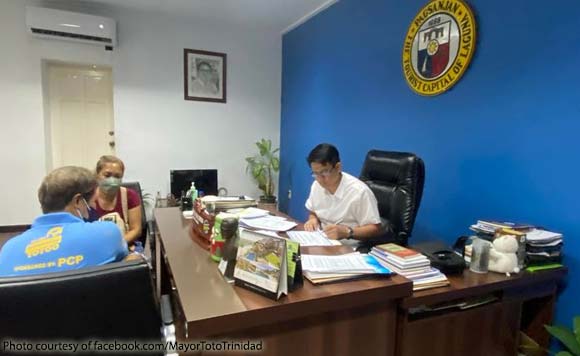 Pagsanjan Mayor Peter Trinidad is busy with his reelection bid, but this does not mean he’s going to abandon his duties as mayor.

In a Facebook post, Trinidad assured the people of Pagsanjan that the municipal hall would continue to function.

It would be his priority to carry out his duties as mayor, he said.

Work would take precedence over any campaigning, he added.

The campaign this year is different from 2019, but it is still going well for him because of the warm reception he has been getting from the people, he said.

He is a candidate, but he is also a working mayor!