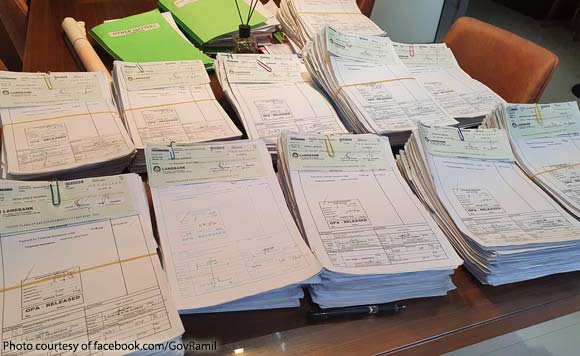 Laguna Gov. Ramil Hernandez has urged the Commission on Elections to act on his request to be exempted from the spending ban by showing the numerous checks that should be distributed to address people’s needs.

Hernandez, who is running for reelection, posted the photos of the checks on Facebook and said he is barred from distributing these during the campaign period.

But he said the money represented by the checks are supposed to buy medicines, pay for dialysis sessions or hospital bills, bury the dead, and fund other medical services.

These are regular programs that the provincial government has been carrying out long before the election period kicked in, he said.

He found it unreasonable that the provincial government would be prevented from providing the people with much needed assistance during the campaign.

According to him, he does not need to distribute the money to secure his victory since surveys show that he has the support of 70 percent.

He also said the checks could be distributed by other offices, and not by him personally, if the Comelec was worried that this could be used for the campaign.

He urged the poll body to consider his plea.

Politiko would love to hear your views on this...
Post Views: 10
Tags: Comelec, Laguna, Ramil Hernandez