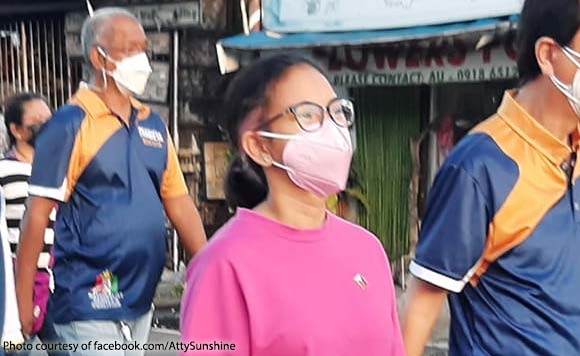 Lucena Councilor and mayoralty candidate Sunshine Abcede has issued a challenge to her fellow candidates to ensure no public vehicles will be used during the campaign.

Abcede launched the #BalikSerbisChallenge, where incumbent officials would return their government service vehicles to city hall.

She said she herself started this challenge on March 24 by returning the Mitsubishi Expander assigned to her office.

It was assigned to her during her second term as councilor, and it is entitled to free gas from the government.

She returned the vehicle to show that she is complying with the rules and doing what is right, she said.

Abcede pointed out that under the Omnibus election Code, government property could not be used for campaigning.

She called on other incumbent officials who are campaigning to return their government service vehicles as well.