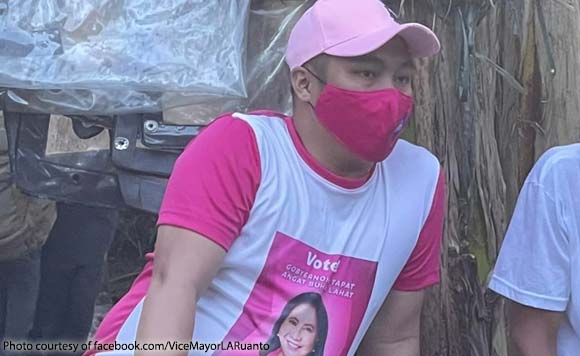 Infanta Vice Mayor LA Ruanto is a vocal kakampink, but he said he wants to campaign with love and joy.

In a Facebook post, Ruanto said he would spread good vibes on the campaign trail by trying to understand those who support candidates other than Vice President Leni Robredo, who is his own bet.

If the other voters are not for Robredo, he would try to understand and not judge them, he said.

We are all Filipinos, and he will fight for an honest government, he said.

If he meets fellow Robredo supporters, he would ask them to work toward her victory, he said.

Kakampinks should spread positivity to have a chance at victory!

“Day 3 Campaign with Love and Joy

Politiko would love to hear your views on this...
Post Views: 14
Tags: Infanta, kakampinks, LA Ruanto