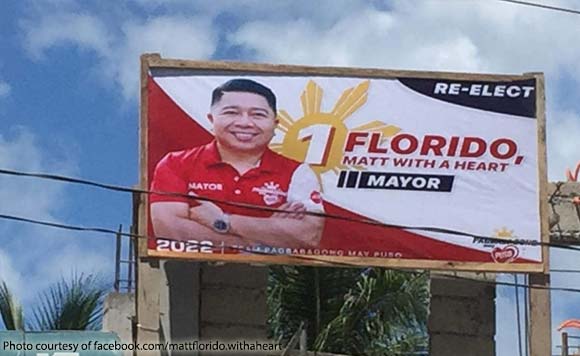 General Luna Mayor Matt Florido would like people to know that he has not plastered his face all over town.

In a Facebook post, Florido said he may be the only candidate for mayor in the country who only has one single tarpaulin with his face in his area.

He shared a photo of the tarpaulin and said he did not even have it made. It was printed for him by the family of  Engr. Joy Garcia.

He thanked his supporter for the gesture.

He also wondered if he needed to put up tarpaulins, or if he was already in the hearts of the people of General Luna.

What do the people think?