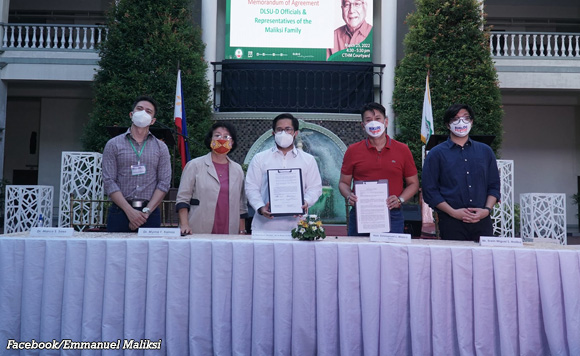 Maliksi announced on Facebook that he signed a memorandum of agreement with the university for the Gov. Erineo “Ayong” S. Maliksi Professorial Chair in Political Science & History & Student Scholarship Endowment Fund.

He thanked DLSU-Dasmariñas for the chance to honor the legacy of his father.