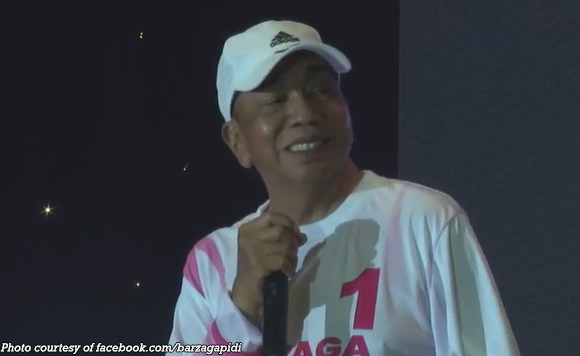 National Unity Party president and Cavite Rep. Elpidio Barzaga has gone against the party’s position and has backed the presidential bid of Leni Robredo.

Barzaga and his wife, Dasmariñas Mayor Jenny Barzaga, outed themselves as kakampinks during the proclamation rally for city officials.

The couple wore pink and white.

The NUP has declared its support for the candidacy of Ferdinand “Bongbong” Marcos Jr.

In his speech, Barzaga said he was going for Robredo “because she is the most qualified to be elected as President.”

He noted that she is the only one with experience in all three branches of government, having worked as a lawyer, as a legislator, as a former member of the cabinet and as Vice President.

Robredo also knows the problems of the poor well and how to help them, he said.

He also noted that Cavite officials are supporting different presidential candidates, and he said this is a very good sign that democracy is vibrant and working.