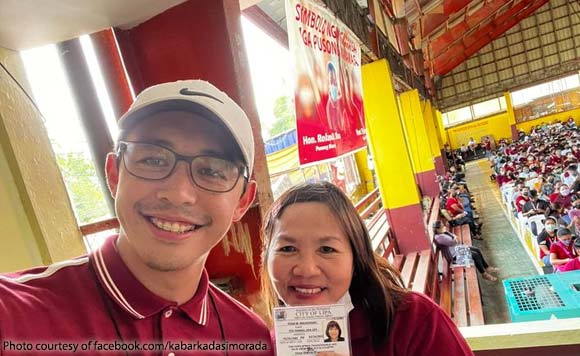 Lipa Councilor Mikee Morada is in full support of a senior citizen who is pursuing her dream of becoming a teacher.

She is a senior citizen who graduated with a degree in Education from the Kolehiyo ng Lungsod ng Lipa.

He wished her good luck in the board exam and said she was very close to fulfilling her mother’s dream of becoming a teacher.

Tita Thezz is an inspiration to the people of Lipa, he said.

It’s never too late to pursue our dreams!

Politiko would love to hear your views on this...
Post Views: 19
Tags: board exam, MIkee Morada, senior citizen