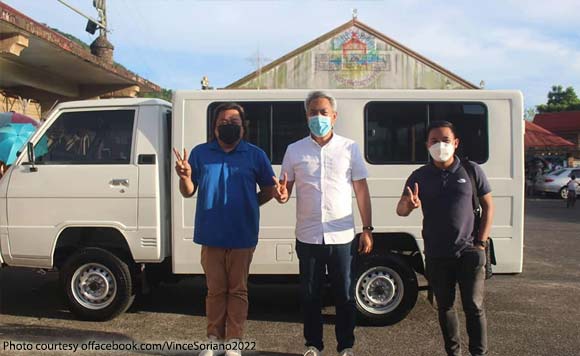 Employees of the Pakil local government would now have an easier time carrying out their duties that take them out of the office.

Soriano said this new vehicle would be especially helpful to employees of the Treasurer’s Office, who had had to borrow vehicles or take public transportation when depositing or withdrawing funds from the bank.

The two other vans that would be delivered after the elections would be for the Department of Education District Office and the the Municipal Social Welfare and Development Office, which would need transport members of the vulnerable population.

He also said all the vans are brand new and not reconditioned as the vehicles are supposed to represent the local government.

Politiko would love to hear your views on this...
Post Views: 7
Tags: local government, Pakil, van