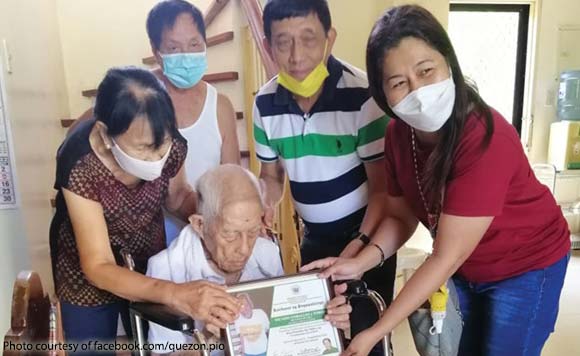 The provincial government of Quezon has given added bonus to two centenarians.

The Quezon Public Information Office said Nicasio Coballes from General Nakar and Angel Tena from Infanta received a certificate P20,000 each from the provincial government.

Centenarians are honored in the country under Republic Act 10868, which also states that citizens who reach 100 years old would receive P100,000 from the national government.

Some local governments like Quezon also provide their own incentives and gifts to centenarians.