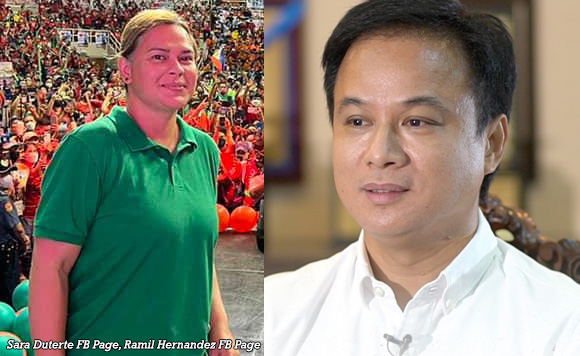 The endorsement was made during Duterte’s meet-and-greet with barangay volunteer workers, barangay nutrition scholars, and members of the Serbisyong Tama Kababaihan at the Laguna Sports Comelec in Sta. Cruz town.

Hernandez said Duterte is not an ordinary mayor and was able to exceed what her father President Rodrigo Duterte has achieved for Davao City.

The governor expressed his confidence that Duterte could be trusted with bigger challenges and responsibilities at the national level.

Hernandez urged his constituents to vote for Duterte.

Duterte thanked Hernandez and his wife for the warm welcome that she received during her visit.

Meanwhile, in an ambush interview, Duterte said the UniTeam would change its campaign strategy starting next month.