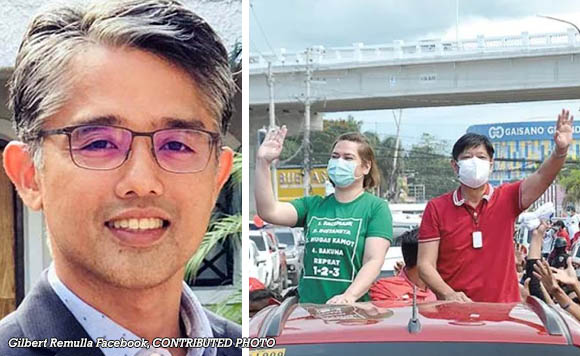 Former Cavite Rep. Gilbert Remulla said aside from their family, the Revillas, the Tolentinos, the Ferrers and Dasmariñas Councilor Kiko Barzaga are fully behind Marcos and Duterte.

“Not only the political machinery of Cavite is united but even the citizenry through the numerous parallel groups that have signified support for the UniTeam. Expect a massive landslide victory for BBM-Sara,” said Remulla, one of those who helped organize Tuesday’s campaign rally of the UniTeam in Cavite.

The former congressman said that they are counting on the support of majority of the mayors of 23 towns and cities.

“We have formidable political and grassroots support,” Remulla added.

During the campaign rally, Marcos and Duterte thanked the residents of Cavite for showing their support to the UniTeam.