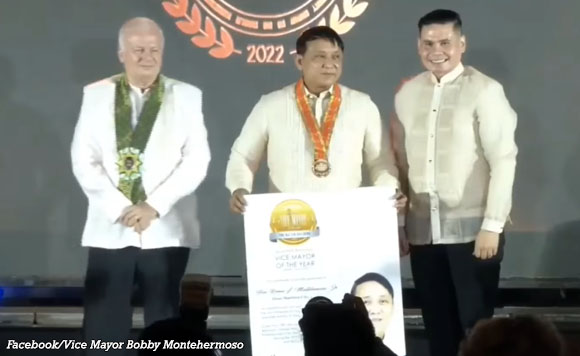 The year is off to a great start for Trece Martires Vice Mayor Bobby Montehermoso who received an award as Honorary Vice Mayor of the Year.

The award was conferred by Sustainability Standards International Inc.

Montehermoso gave thanks for the recognition and said this was a big honor for him during his first term as vice mayor.

The award inspires him to work even harder, he said.

They remain positive despite challenges, he said.