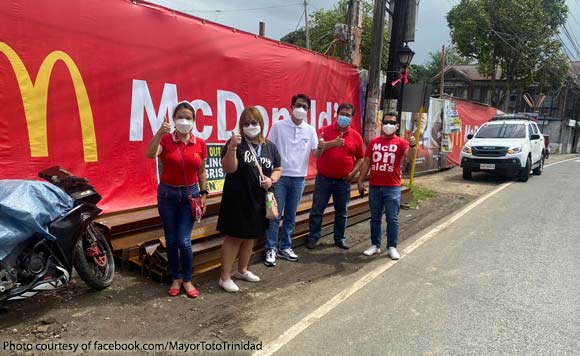 Pagsanjan Mayor Peter Trinidad is really excited about the construction of the town’s first McDonald’s branch.

But Trinidad also assured his constituents that the new McDonald’s branch would not lead to the cutting of trees around the location.

In a Facebook post, he provided an update about the construction of the building, which would have a drive-thru and an al fresco area.

He also said he was grateful for the project as it would provide jobs to the people of Pagsanjan, starting from the construction work.